Biography of the writer Maika Etxarri 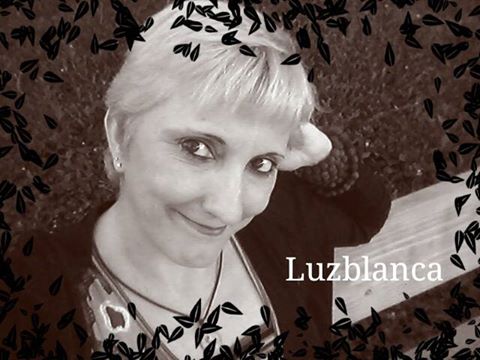 Biography of the writer Maika Etxarri

* Author: Maika Etxarri
* She was born in Pamplona (Navarra) Spain; a citizen of the world, with a traveling and restless soul. Peace, solidarity, justice and equality are the essential values ​​that set her course. She considers herself another citizen of the world. Forflag the peace, no religion or political party, only guided by the heart and soul.
* Novel writer, “The rose of the desert: Talwardat Nljla” is her first book where she expresses her enormous poetic and philosophical sensibility. Dream of a world of justice, solidarity and equality. She expresses her concern for an ideology-free and independent thought.
* Presents literary and philosophical vocation since childhood.
* Winner with 12 years of the Young Talent Literary Contest of Young Talents of Coca-Cola, short story, at the provincial level in Navarra, Spain.
* She finished her Nursing career at the University of Navarra. She worked as a nurse in several cities, Tarragona (Hospital San Pablo and Santa Tecla), Tudela (Hospital Reina Sofía) and Pamplona (Hospital de Navarra). She remembers with special affection her work as a nurse in the ICU.
* Collaborated with several NGOs (Antisida Citizens Commission, Bizirik Etxabakoiz, Txoko Paris 365, is currently a volunteer in Kurama, Navarre Association of Reiki).
* Her vocational spirit for writing led her to collaborate with her poetry in the Literary Magazine “Once in Pamplona – Iruña Behin”.
* Collaborated with numerous articles of opinion, in Letters to the Director in “Diario de Noticias de Navarra”, “Diario Noticias de Gipuzkoa”, “Diario de Noticias de Álava” and “Diario de Navarra”.
* Blogger in Diario de Noticias de Navarra with “Solidarity Blog of Luzblanca”:
https://blogs.noticiasdenavarra.com/el-blog-solidario-de-luzblanca/
* Blogger at the Shaker “El Blog de Luzblanca7”.
* Blogger in Feminine “Maika’s Blog”.
* Poetic collaboration in Magazine “Pregón Siglo XXI de Pamplona”.
* Collaborated with Txetxu Biguri, the artisan of the earth, making the prologue of his book “MetamorfoseARTE” with her poetry: “Fresh water, brave earth, fire and air”.
* She collaborated with her poems in the novel poetic program of radio “La poesía” of Radio Rebelde Republicana:
https://www.ivoox.com/la-poesia-programa-ii-audios-mp3_rf_13191667_1.html
* Reflecting the philosophy of life, she writes her first book of poetic prose “Talwardat nljla – The rose of the desert”. With her poetry and sensitivity, Maika Etxarri presents us with a beautiful work dedicated to the power of love, to her mother, to Mother Liberty, to Mother Earth, to courage woman and free mother.
It’s a homage work, metaphorical style, dedicated with love to her mother. This, her first book, is a song of exaltation to the maternal archetype, throughout history. The cover of this book was made by Pedro Maria Esparza.
* Collaboration with the Literary Magazine “Repoelas”: http://repoelas.com/poetas/Maika_Etxarri.htm
* As a lyricist of the SGAE, her poems have been a literary source of two musical compositions:
– In 2015, her poetry “Luz del Universo” (Light of Universe) was the lyrics of the play “Canto Al Alma Cósmica” (Singing to the Cosmic Soul) by the great composer of symphonic music, Mr. Emilio Coello Cabrera.
The work eCaos was premiered with great success at the Tenerife Auditorium, with Víctor Pablo Pérez at the helm. The work eCaos, “Canto al Alma Cósmica” (Singing to the Cosmic Soul), written for soprano and orchestra, with text by Maika Etxarri, is the second installment of a double allegory to the cosmos. A work with great interpretative demand in terms of expressiveness, which both the Tenerife Symphony Orchestra and the soprano Candelaria González were able to approach splendidly.
https://www.docenotas.com/124288/exitoso-estreno-de-ecaos-canto-al-alma-cosmica-de-coello/ 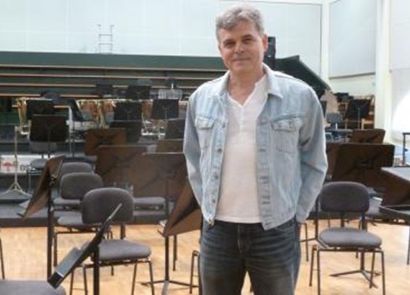 dav
– In 2017, her poetry “Pedacito de amor” (Little piece of love) was lyrics of the musical composition of Pablo Cantero, Granada musician, singer-songwriter, who performs versions of pop-rock, rock, heavy metal both current and the 60’s and 70’s, composer of the SGAE. https://youtu.be/BF4dHg7UkNc
* Currently she’s a blogger of “Espacio de Palabras de Luz” (Words of Light Space): https://palabrasdeluzypaz.wordpress.com/ where she receives visits from all the countries of the world.
* Due to her great sensitivity, Maika Etxarri continues to exalt in her poems those ethical values ​​she considers fundamental: solidarity, justice, freedom, fraternity, truth, peace and gratitude.
* Currently as a volunteer reikidoka in Kurama (Navarre Association of Reiki) has a philosophy of life based on the Gokai, living in the eternal present, here and now, thanking the Universe for everything it has at this precise moment.
* Maika Etxarri, writer, pamplonica poet and photographer of heart follows a path of creative investigation, with new literary projects and musical collaborations.
* Books by Maika Etxarri on Amazon:
1- “La rosa del desierto: Mitología ancestral”